This post contains affiliate links. If you click a link and make a purchase, I may make a commission. This is at no additional cost to you. You can also click images to shop directly!

My Name is Cool by: Antonio Sacre

Born to a Cuban father and a red-headed mother, Antonio was born into a diverse family who called him any number of names. Half of them were Spanish names and half of them were English names, just like Antonio himself. But when Antonio goes to Kindergarten, he’s in for a real shock. When the teacher asks his name, he isn’t sure which of his ten names to tell her. Follow along as Antonio explains to the principal all of his names and where they come from. This book celebrates our names, where they come from, and the importance of honoring them.

Plátanos Go with Everything by: Lissette Norman

Yesenia has one favorite food: plátanos. There are so many ways to make them, and Yesenia loves each and every one. Whether they’re sweet, salty, or somewhere in between, Yesenia knows she wants them on her plate. Take a visit to see Yesenia’s family and learn what it is that makes plátanos a staple in many Dominican homes.

The school that Lola attends is filled with kids whose families are from other countries just like her own. To pay homage to that, Lola’s teacher asks her students to draw a picture of where their families immigrated from. All of the kids are excited to bring their home country to life on paper except for Lola. Because she was brought over as a baby, she can’t remember what the island is like and struggles to draw it. Follow along as Lola connects with her family to learn a valuable lesson about where she comes from and listens to their fond memories of the place they still refer to as home.

Pepe and the Parade by: Tracey Kyle

What better way to celebrate Hispanic Heritage Month than by going to a parade! Pepe attends the festival along with many of his friends. While there they eat yummy food, dance to Hispanic music, and celebrate together. Pepe learns about other Hispanic customs and traditions as he celebrates what it means to be Hispanic and honor your cultural identity.

It’s time for the Brazilian Carnaval and Clara is ready to celebrate. Her great-grandmother bisa helps her get ready. Although Clara wants Bisa to attend along with her, Bisa claims she is too old and will instead watch from the balcony. Clara loves Carnaval due to its bright colors, fun costumes, and upbeat dancing and music. But despite her love for the Carnaval this year something seems to be missing. Clara decides to go back to see Bisa and find ways to include her in the celebration. This book teaches that family is an integral part of our culture and sometimes things just aren’t the same without them.

Biblioburro: A True Story from Colombia by: Jeanette Winter

This heartwarming story follows a man named Luis whose house is overflowing with books. Inspired to help others and needing to make space for his family, Luis and his burros, Alfa and Beta, travel across Colombia to bring his books and stories to children near and far. Luis spends much of his weekend visiting villages up in the Colombian mountains in order to provide children with books. These communities have no access to libraries, so Luis, Alfa, and Beta bring the library to them. Luis’ inspirational story showcases the importance of helping others who are in need.

Too Many Tamales by: Gary Soto

Maria loves making tamales with her family each year at Christmas. This year, she feels extra grown up and wants to look her best. So when her mom takes off her diamond ring while making tamales, Maria decides to secretly try it on to see how grown up it would make her look. Events unfold causing Maria to lose the ring. In a panic, she and her cousins begin wondering if the ring ended up IN the tamales. Readers will laugh as they watch Maria and her cousins eat as many tamales as possible in hopes of retrieving the ring before anyone notices it’s missing. Thankfully Maria’s family pulls together to help one another and save the holiday.

This book gives the reader a glimpse of what it’s like to leave everything behind and start over in a new country. While living in a new place can be exciting, it can also be lonely and isolating. The mother in this book travels to a new country with her young son. They both feel disoriented as they try to adjust to their new home and a different language. Eventually, the mother and son discover the library and are able to breathe a little easier as they immerse themselves in books, a world that is familiar to them even in this new place.

Popular Mexican holiday, Día de Los Muertos, is celebrated at the beginning of November. Readers will enjoy learning more about this colorful celebration by viewing illustrations of families preparing their homes and streets to honor the lives of their loved ones who have passed on. They’ll see children helping create altars featuring cempasuchil and candles and decorate their homes with colorful banners and calaveras. Students who have not been exposed to Día de Los Muertos will revel in this holiday while those who have celebrated it before will be excited to share their experiences with their classmates.

Be Bold! Be Brave! 11 Latinas Who Made U.S. History by: Naibe Reyoso

Read to learn more about these 11 brave Latinas who made United States history. Their contributions impacted our country in several different areas including arts, sports, science, medicine, politics, and much more. The short, biographical stories in this book will help students see how Latina women have paved the way and made huge contributions that we should not take for granted.

Many years ago in Cuba, only boys could be drummers, and no one dared question that. That is until Millo came along. Based on her life, this story shows the ways in which she dreamed of becoming more than just a girl practicing the drums in private. As Millo’s talent is uncovered, the reaction she receives is one that is unexpected for everyone. Her bravery helps change the music scene in Cuba by creating an equal opportunity for both boys andgirls alike to play the drums.

This book honors Celia Cruz, Queen of Salsa, and the many ways in which her voice and performance touched the lives of many. The author will give readers a glimpse into this Cuban icon’s childhood and how she rose to fame as a well-known and loved salsa singer. Although her death in 2003 shattered fans, her legacy lives on through her songs and inspirational life story.

Coquí in the City by: Nomar Perez

Miguel finds out that he and his parents are moving from their home of Puerto Rico to New York City. Miguel is sad about leaving behind his grandparents and his frog Coquí. When they arrive, he is convinced that New York City is nothing like their home city of San Juan. However, when mama and Miguel take a ride around the city, he soon realizes that similarities do exist between Puerto Rico and New York City. He also sees that even though he left Puerto Rico behind, that doesn’t mean that he can’t carry some of it with him wherever he goes.

It’s hot outside, and all the narrator wants is an ice pop. He roams his neighborhood in search of the Paletero Man who will have a treat to cool him off. After much searching, he finally finds him but soon realizes that his problems aren’t solved. His pockets are empty and his dinero is gone! Will others help him find his money or contribute to buying him an ice pop? This story shows students the importance of kindness and helping others.

The Heart of Mi Familia by: Carrie Lara PsyD

This book helps bicultural students feel seen and heard as they make connections with the narrator in the story. The narrator starts the book by sharing that she is of dos culturas, or is bicultural. She continues by closely comparing the traditions and customs on her mother’s European side and her father’s Central American side. Though readers will see the differences between the Latinx and white grandmas, they will also be exposed to the many ways that they are in fact similar. Students will enjoy watching as she works with both grandmas to create a gift for her brother that honors both sides of the family.

Alma and How She Got Her Name by: Juana Martinez Neal

Alma doesn’t have just one name; she has six! For such a small girl, six names seems too many. One day Alma asks her Daddy where each of her names come from. He tells her of the many family members she is named for and the things that they loved. As Alma listens to the stories of each person, she realizes that eventually she too will be known for something by those around her. This story celebrates the origin of our names and how they were chosen whether we have one or six.

The Secret of the Plátano by: Luz Maria Mack

This book focuses on the relationship between a curious grandson and his all-knowing abuela. Abuela claims to know the great secret of the plátano and asks her grandson to dance with her amongst the night sky and winds to hear the secret of the plátano. Although he dances, her grandson struggles to hear it at first and asks Abuela for help. This book celebrates the relationship between a grandmother and grandson and the importance of plátanos in the Dominican household.

Waiting for the Biblioburro by: Monica Brown

Ana loves stories. She enjoys creating them and reading them too, but unfortunately Ana has read all of the books available to her in the small village where she lives. One day, a man rides into her village with two donkeys carrying books on their backs. Ana’s world is changed as she is given the opportunity to read new books and dream of new worlds. The books broaden her horizon and expose her to all that’s out there beyond the confines of her villages.

Across the Bay by: Carlos Aponte

Although Carlitos loves his home where he lives with his mother, abuela, and cat, the realization that his family looks differently from others in the town soon starts to weigh on him. Soon Carlitos can’t help but wonder about his father who lives across the bay. Curious and wondering if maybe a part of him is missing, Carlitos makes his way across the bay on a ferry to find his father. Holding only a photograph of his papi, Carlitos asks those he passes in Old San Juan if they know his father. After a tiring day, a Park Ranger finds Carlitos and helps him know the true meaning of home and belonging.

In Rosalba’s daydream, she transports herself and her abuela on a magical journey above New York City. She dreams that they fly through the air, discussing the many landmarks that they see and enjoying the view from up high. This tale celebrates the love between a granddaughter and her abuela as they share conversation about the city that they love.

Check out these picture books to promote kindness and empathy in your classroom. 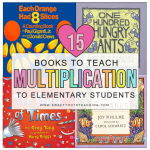 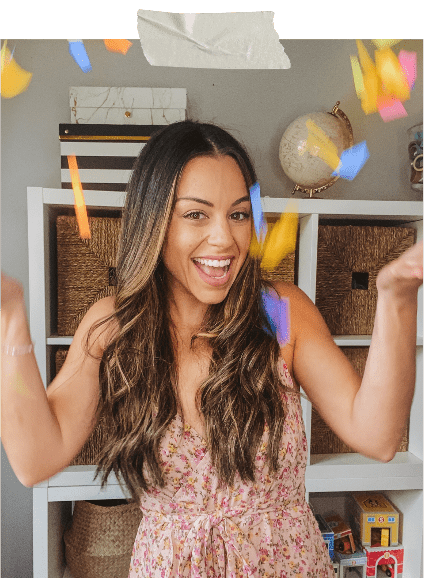 Become a Sweet Teacher and get access to free resources, ideas, and surprises straight to your inbox!